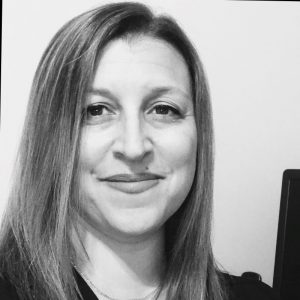 Lara Wood is the Vice President Marketing and Communications at Alcool NB Liquor and Cannabis NB. Over the last twenty years, a variety of roles have helped her build on a strong foundation in brand management and traditional marketing to incorporate operations, team development, project management and more. Her personal and professional interest in digital and social media has also woven a specialty in this area into her overall experience. She believes that broad experience beyond technical knowledge – team engagement, customer engagement and continuous improvement among them – are required to drive success in an omni-channel environment. 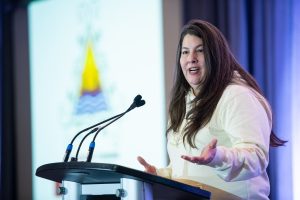 Patricia Dunnett is Mi’kmaw of Metepenagiag First Nation and is the President and Chair of ITANB. She serves on the board of directors of the Indigenous Tourism Association of Canada (ITAC) a national group of Indigenous tourism operators that have worked hard to bring Indigenous tourism to the International forefront.

She attended Oulton Business College. Patricia grew up during a time in that two Nationally recognized archaeological sites Augustine mound and Oxbow Site, were brought to the public’s attention by her late grandfather Joseph Augustine in her community. 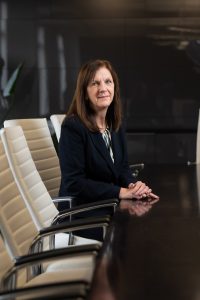 Sadie’s experience is diversified with extensive experience in senior management positions in federal and provincial governments, serving as Deputy Minister of Post-Secondary, Education, Training and Labour (PETL), acting Vice-President of the Atlantic Canada Opportunities Agency (ACOA), Vice-President of Regional Development Corporation (RDC) and in the past few years, she held Assistant Deputy Minister appointments with the Province of NB. At the local level, Sadie has worked several years in Community Economic Development. 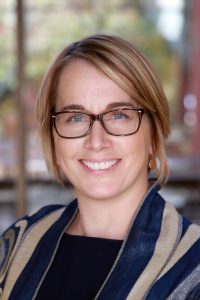 Kathy Brewer-Dalton is the Assistant Deputy Minister of Industry Development and Aquatic Operations for the New Brunswick Department of Agriculture, Aquaculture and Fisheries, whose mandate is to foster the sustainable and economic development of the agriculture, aquaculture and fisheries sectors in the province including aquatic extension services and technical advice, marketing and trade expertise, as well as business development services and support. Kathy obtained her honours degree in Marine Biology from the University of New Brunswick in Saint John, NB in 2004 and has been working in the aquaculture and fisheries sectors for the last 25 years on both the East and West coasts of Canada. 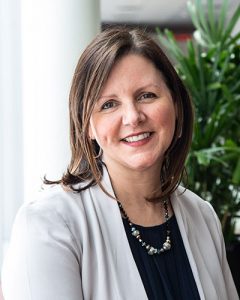 She graduated from medical school at Memorial University of Newfoundland and completed her residency in family medicine at Dalhousie University.

After receiving her Certification in the College of Family Physicians of Canada, Dr. Russell joined the Canadian Armed Forces and served as a family physician in the military for 10 years. She next took on roles with Veterans Affairs Canada and the Noreen-Richard Health Centre and worked as a hospitalist at Horizon Health. 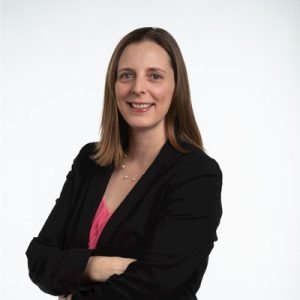 Silke Brabander is a Senior Policy & Program Advisor at the Women’s Equality Branch of Executive Council Office with the Government of New Brunswick. Fluent in French, English and Spanish, Silke brings over 15 years of experience in policy analysis, program management, community engagement and training in gender equality and gender-based violence from working in the public, private and non-profit sectors. Originally from Montreal, she holds a BA and an MA in Political Science from the University of New Brunswick with a focus on the global exploitation of women and girls. 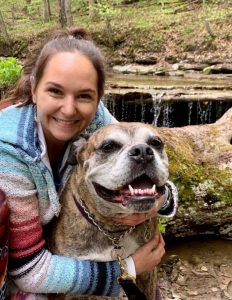 Aubrey Heber is the Community Outreach Worker for the It’s My Life program with the Elizabeth Fry Society of New Brunswick. As a registered social worker, Aubrey works collaboratively with people on a one-to-one basis providing support to people that are experiencing exploitation in their life, as well as promoting awareness of human trafficking and exploitation throughout communities in New Brunswick. Originally from rural Ontario, she has her master’s in social work as well as a Bachelor of Applied Sciences with a focus on Adult Development. 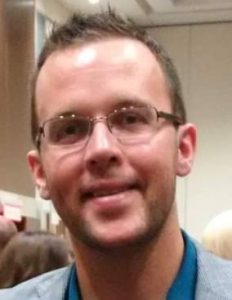 Ransford Lockhart is the Experiential Learning Lead for the Department of Education and Early Childhood Development and helps lead initiatives such as Future NB K-12 and the Centres of Excellence. The work he partakes in often connects him with organizations like, the Tourism Association of New Brunswick, to help promote and enhance the profile of Experiential Learning and the benefits it provides to both students and employers. 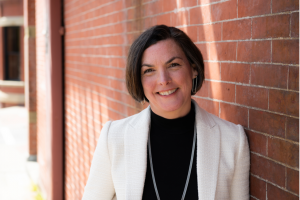 Nicole Paquet is a Change Leadership and Culture Transformation Consultant with over 20 years of experience working in large global organizations both as a consultant and as an employee. Her focus has been providing advice and support to clients as they navigate strategic change programs, culture change, and strategic planning efforts.

Nicole is a Certified Change Management Professional, holds a Bachelor of Commerce degree, with a specialization in Human Resources from the University of Ottawa, is a skilled facilitator and instructor in Change Management and Change Leadership, and is Prosci certified. 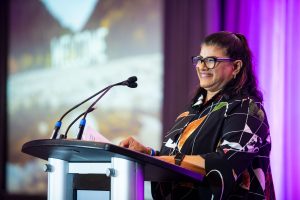 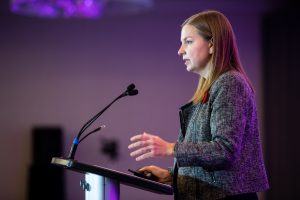 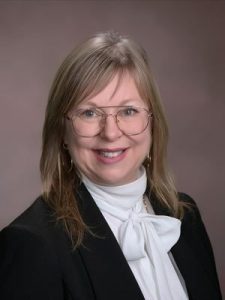 Keri Alberts, Workforce Development Implementation Plan Coordinator with TIANB. Keri began her career working for 16 years in hospitality and is thrilled to now be working with the Tourism Industry.
Keri attained her diploma in Human Resources Management in 2003 and a bachelor’s degree in 2010. During that time, she spent 5 years as a career coach assisting others with finding employment, followed by 10 years working in economic development assisting NB companies with securing talent and promoting employment opportunities locally, nationally, and internationally.

Michael Frenette is an Outreach Officer with Immigration, Refugees and Citizenship Canada (IRCC) in Atlantic Canada. Originally from Bathurst, NB., Michael began his career in the public service in 2009 while working in Ottawa. In 2018 Michael moved to Memramcook, NB, where he engages with employers and stakeholders in Atlantic Canada to help them to better understand how the various federal economic immigration programs and policies can be used to drive economic growth and support their hiring needs. 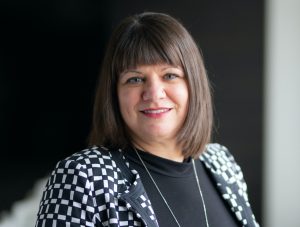 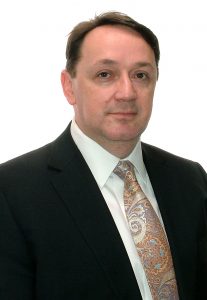 For more than 30 years, Philip Mondor has worked with labour market stakeholders across Canada and abroad including foreign governments, pan-global organizations, Canadian and non-Canadian businesses, and various education and training bodies. His work spans over 15 industrial sectors and in 11 countries, with most of his career focused on the tourism industry.

Philip is an industry representative to the Deputy Minister’s Advisory Council, Immigration, Refugees and Citizenship Canada. Currently, he is an advisory member of the Labour Market Information Council and the Future Skills Centre Research Advisory Board. Philip is the recipient of Ryerson’s Ted Roger’s Industry Award, 2020. 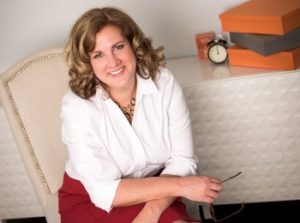 Whether bringing a vision into focus or developing an inspired new solution, Catherine Priestman delivers the results organizations are looking to achieve. Her high-energy presentations are authentic, funny, enlightening and, most of all, real. She speaks from the heart and carries her audiences along on her journey.

Catherine has a wealth of experience and gray hair upon which to draw. She is the President and CEO of CP Business Solutions Inc., a marketing agency she founded following an exciting 12-year career in the Air Force. She weaves her personal stories from living, working and travelling at home and abroad into entertaining and enlightening tales that connect with her audience. 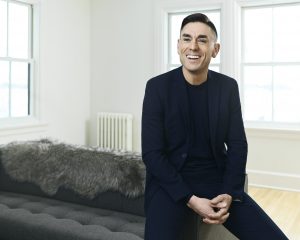 James Mullinger was one of the UK’s top comedians and Comedy Editor for GQ magazine when he moved to Canada in February 2014. Since his arrival, he has taken the country by storm. Selling out shows across the country, as well as appearances on CBC’s The Debaters, movies, TV shows, festivals, awards, stand-up specials…he’s done it all.

An award-winning writer, comedian and filmmaker, James spent 15 years in a senior position at British GQ magazine, interviewing everyone from Jerry Seinfeld and Paul Rudd to Rachel Weisz and Scarlett Johansson and launching the magazine’s digital division. In April 2016 and 2018, James sold out his uniquely hilarious stand-up show at Harbour Station Arena in New Brunswick, outselling both Jerry Seinfeld and Guns N Roses at the same venue. An award-winning CBC documentary about the show titled City On Fire was aired nationally to rave reviews.